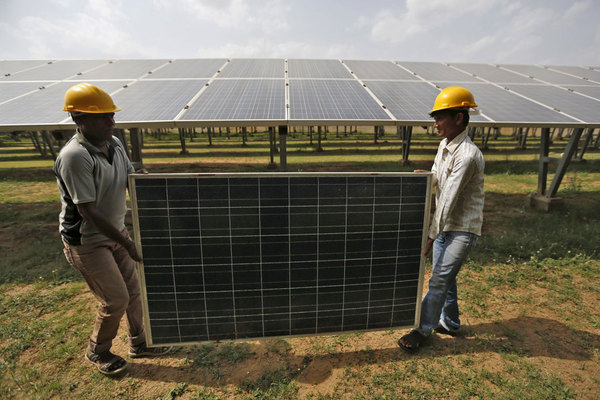 India has been making noise in the solar industry as they have become one of the fastest growing countries in the installation of solar energy. There is much speculation that on Wednesday, February 24th, 2016 the World Trade Organization (WTO) ruled against India’s Booming Solar Program. In reality, the ruling by the WTO was that the solar plan illegally favors domestic over international suppliers. The ruling stated that domestic content requirement (DRC) created by the government for new installation goes against India’s own competition laws.

Domestic suppliers in India have long complained that cheap imported solar cells account for 90% of the total cells sold and are being brought in at below production prices. This move to favor domestic solar companies, by the Indian government, could have been to help subsidize the blow these domestic producers are seeing, but Obama and the UN disagreed with this method. Many people were eager to jump quickly at this move by the UN as a negative one since it makes it appear that they ruled against Solar Energy and Climate Change rather than India’s Solar Program. However, as Ilaria Espa stated in a Climate Change News article “This is not a value judgement. What was isolated in this was an industrial policy instrument.”

President Obama, a leader in the veto, has made it clear in the past that the United States supports rapid solar energy growth around the world and that “these policies that discriminate against American solar exports have in fact had the opposite of their intended effect and undermined our shared efforts to promote clean energy” (Salon article). This is because the specific measures in the policy that the Obama administration challenged require the use of more expensive and less efficient equipment raising the cost of generating clean energy in India. By using domestic products and favoring them in this manor it could drastically set back India’s Solar initiative in parallel to much higher cost. Obama also conveyed the potential availability of U.S. Government financing this area to support private sector involvement for these domestic entities to help mediate the affects of imported material.

Many people view these statements as false and merely a cover up for the UN and American government who want to profit more from the situation rather than help it. This suspicion is also fueled by claims that the UN has not opened richer nations markets to developing countries creating a lack of accountability when referencing India favoring domestic markets.

Who is actually in the right has yet to be determined. It is great to see solar energy causing a ruckus internationally and among the UN representatives/committees. It has become a hot topic as the world recognizes the need for clean energy and a push towards a greener future. As India, and other countries, make the push towards solar energy let us believe that the UN and nations with power move forward in the best interest of the developing country and not in the interest of profit.