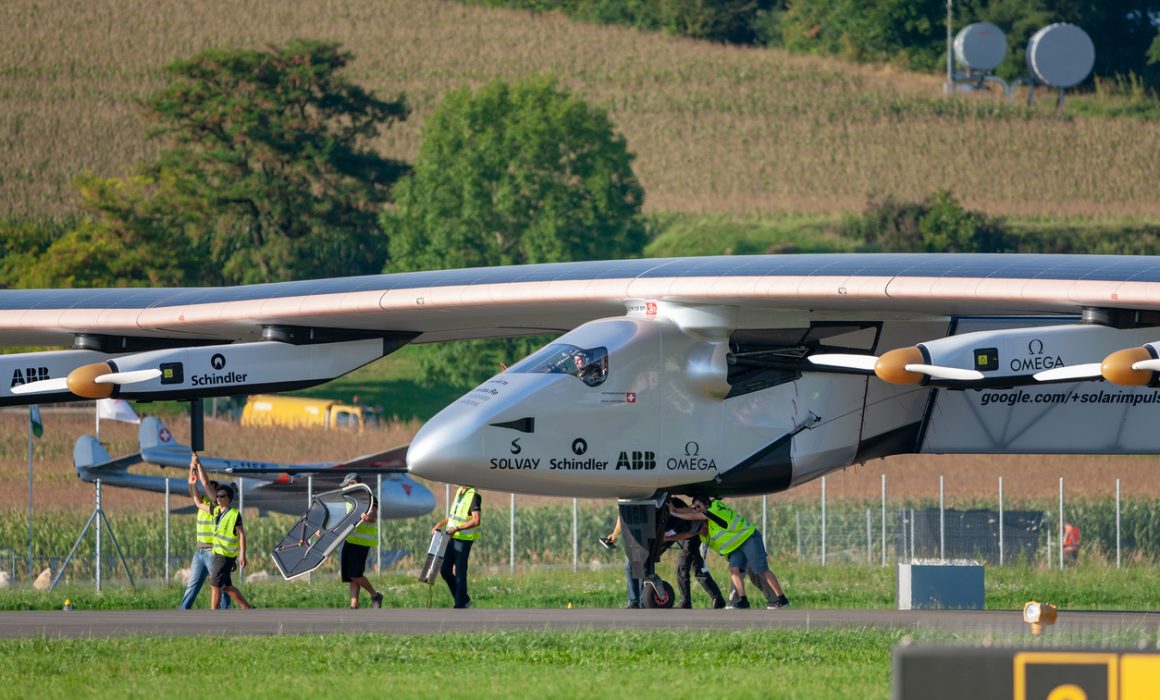 After a risky three-day flight across the Pacific Ocean the solar-powered airplane, named Solar Impulse 2, landed in California this past Saturday 4/23/2016.  As part of its journey around the world Pilot Bertrand Piccard landed the Solar Impulse 2 in Mountain View, CA, just outside of San Francisco, after a 62-hour nonstop solo flight without any fuel. Piccard and fellow Swiss Pilot Andre Borschberg have been taking turns flying the plane on the around the world trip that started in Abu Dhabi in the United Arab Emirates and has made stops in Oman, Myanmar, China, Japan, and Hawaii NBC News reports.

The flight from Hawaii was the riskiest of the journey because there were the least emergency landing spots as it made its way over the Pacific and towards California. The planes ideal flight speed is 28 mph and can double during the day when the sun’s rays are the strongest. The project to create this plane began in 2002 and cost over $100 million Solar Impulse 2’s wings stretch wider than a Boeing 747, have 4 meter long propellers, and are made of 17,000 solar cells that power propellers and charge batteries to keep the plane in the air. When it is nighttime the plane runs on stored energy from the day although pilots are only allowed to take 20 minute cat naps in the public telephone size cockpit. 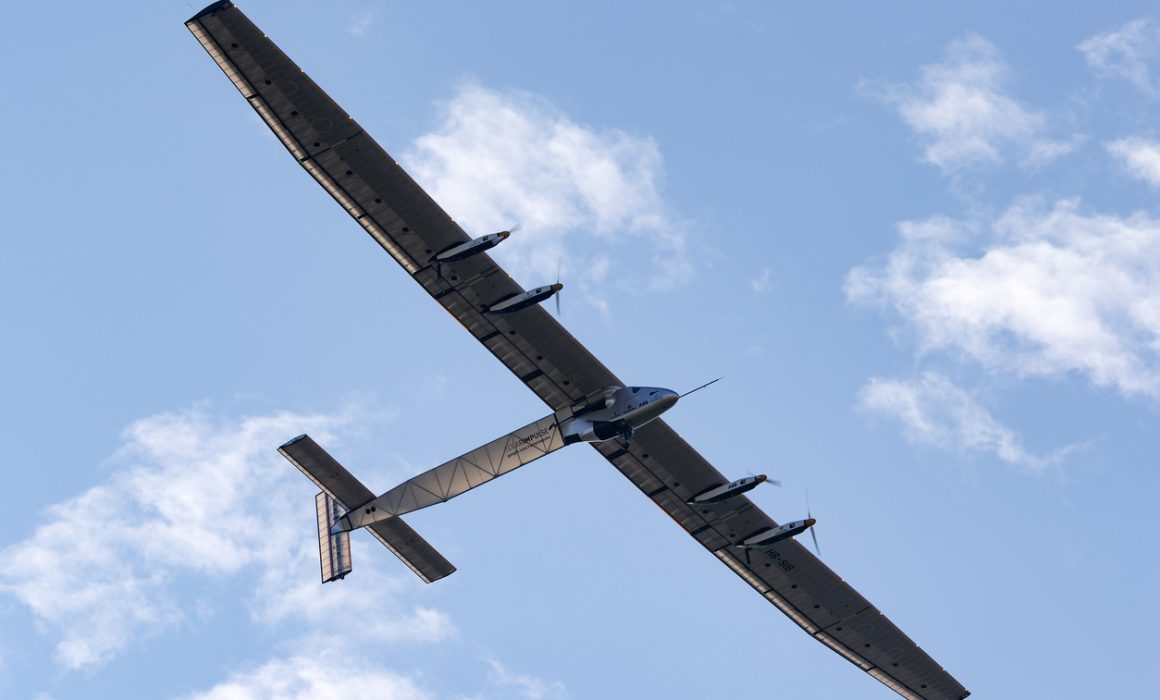 The Solar Impulse 2 was originally supposed to finish the trip in Abu Dhabi, where it started its journey in March 20015, by the end of last summer says CNN. Weather conditions causing delays and damage to the craft have been a leading cause of the delays. Overheated batteries from pushing the planes limits have also caused some minor delays and the need for repairs. One error in particular that pilot Piccard says,”…was a human error” resulted in an over heated battery and nine months of repair.

The solar-powered air travel is not yet commercial because of its slow travel time, weather, and weight constraints. However, this is a big step towards commercial solar powered air travel. The crew of the Solar Impulse 2 will make three more stops in the United States before crossing the Atlantic to Europe or Northern Africa and then returning to the Middle East by late summer, completing a 35,000-kilometer (27,000-mile) trip around the world. This is a great feat for the solar industry! The possibilities seems endless as solar is beginning to power every form of energy we use. Let’s hope the technology continues to advance in a positive manner and the next time a solar powered airplane, like the Solar Impulse 2, makes a journey around the world it will make another stop in California where Brighten Solar Co. and the California Central Coast can watch!!