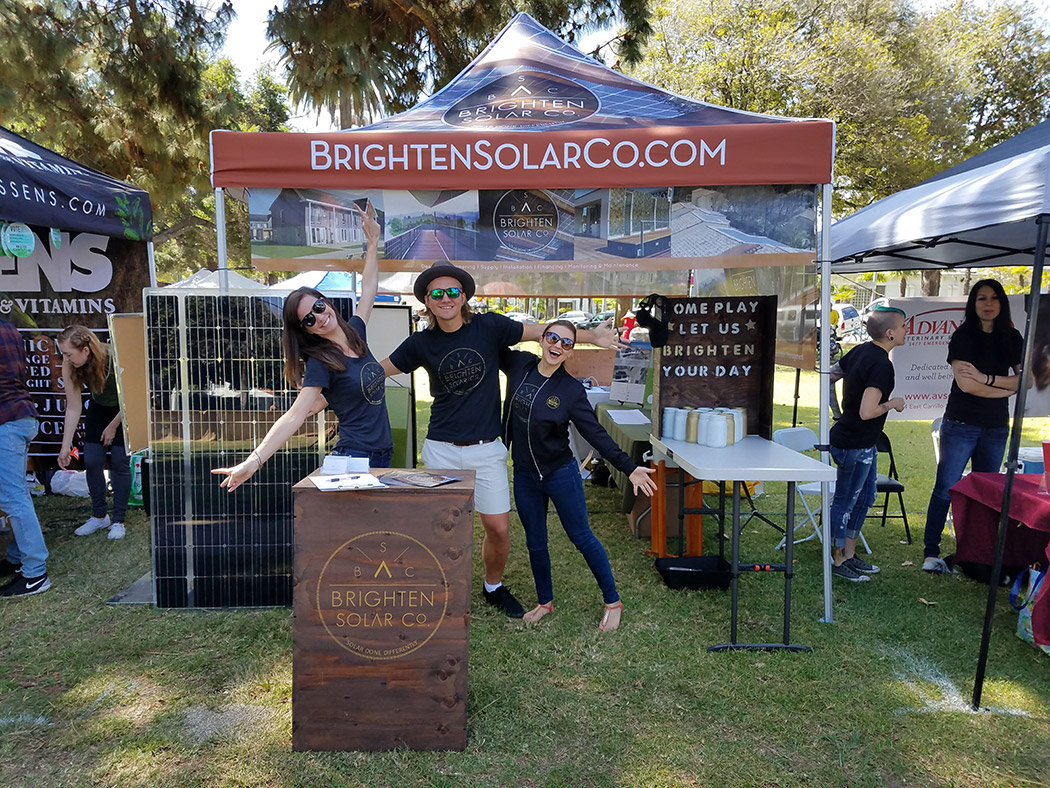 Another year, another success! In 2017 Earth Day was on Saturday, April 22nd giving Santa Barbara a chance to show its earthly spirit. The Community Environmental Council (of Santa Barbara) put on the cities 2017 Earth Day and was met with a wonderful day full of wonderful people.  This year the event was centered around Activism, recalling on the local energy that led to the nation’s first Earth Day in 1970. It was actually the Santa Barbara Oil Blowout in 1969 that propelled the nation toward a peaceful protest of 20 million Americans across the country and the creation of the first Earth Day.  Later in the year,  due to the positive reception of Earth Day, the Environmental Protection Agency was created and the Clean Air, Clean Water, and Endangered Species Acts were signed (Earth Day).  The festival played and continues to play a major role in spreading the love for everything environmental and Santa Barbara did it in style.

The festival was broken up into zones giving visitors the option to enjoy some food & drink/homegrown farm to table products or see the newest automotive technology featuring a Green Car Show with electric and plug-in vehicles. There was a bike valet to park a bike at or get a check-up, a kids corner, and even two stages playing live music for people to get up and move around to.  People could explore the Public Square full of non-profit organization, the Great Outdoors with local and regional outdoor lifestyle products, and the EcoVillage where there were booths for green products, smart technology, and fun stuff to learn about (SB Earth Day).

Brighten Solar Co. had a booth (booth 105) in the EcoVillage this year. The booth featured a couple solar panels as well as the amazing employees who were ready to give you any information needed on the solar industry and getting started on your own solar project.  At the booth were fun games making it one of the stops for the Family Passport Stop where kids could participate in the games to get a stamp on their festival passport. The games included water pong where kids and adults would shoot ping pong balls into cups to win a variety of prizes and new to this year a solar powered slot car race track. The solar power slot car race track helped show the ingenuity and creativeness that solar power can combine in a hands on activity where the end result of solar energy could be visibly seen.  There was even a dog bowl for all dog-friendly passers by to make sure everyone, including our furry friends, remained hydrated.

We were beyond thrilled to continue to participate in Earth Day and spread environmental consciousness through our expertise in the solar field. Brighten Solar Co. will continue to do its part in Santa Barbara and the surrounding communities for years to come! Take a look at some of the photos from Earth Day 2017: 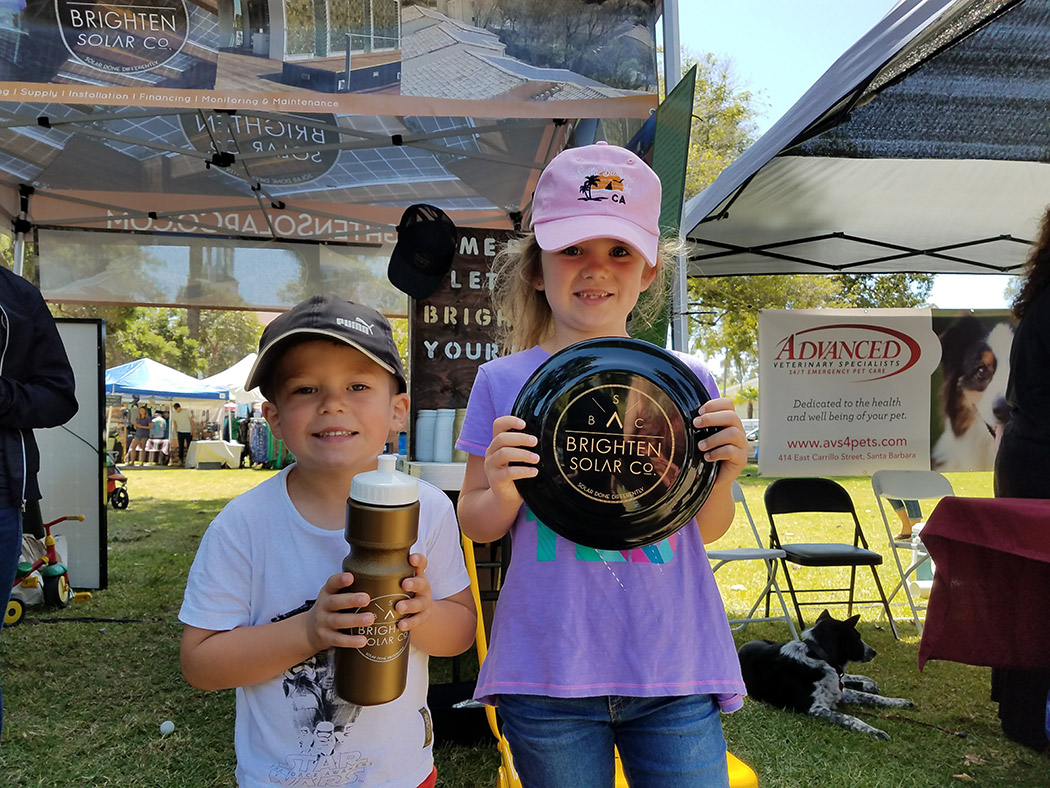 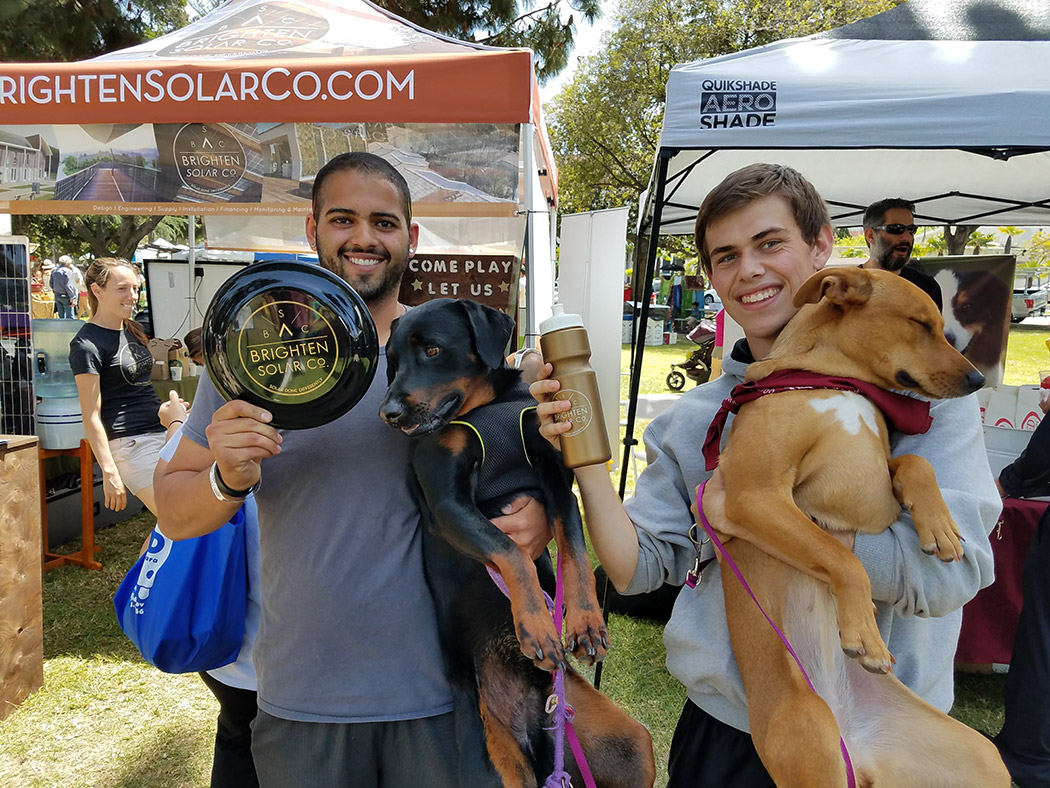 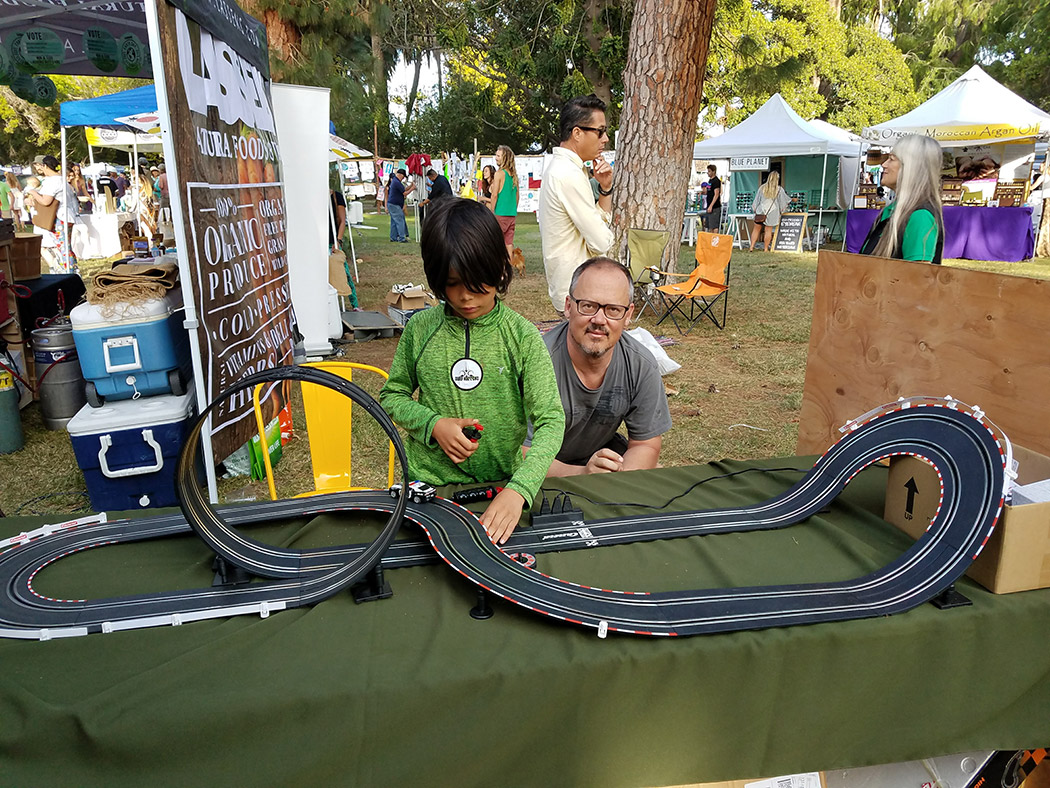 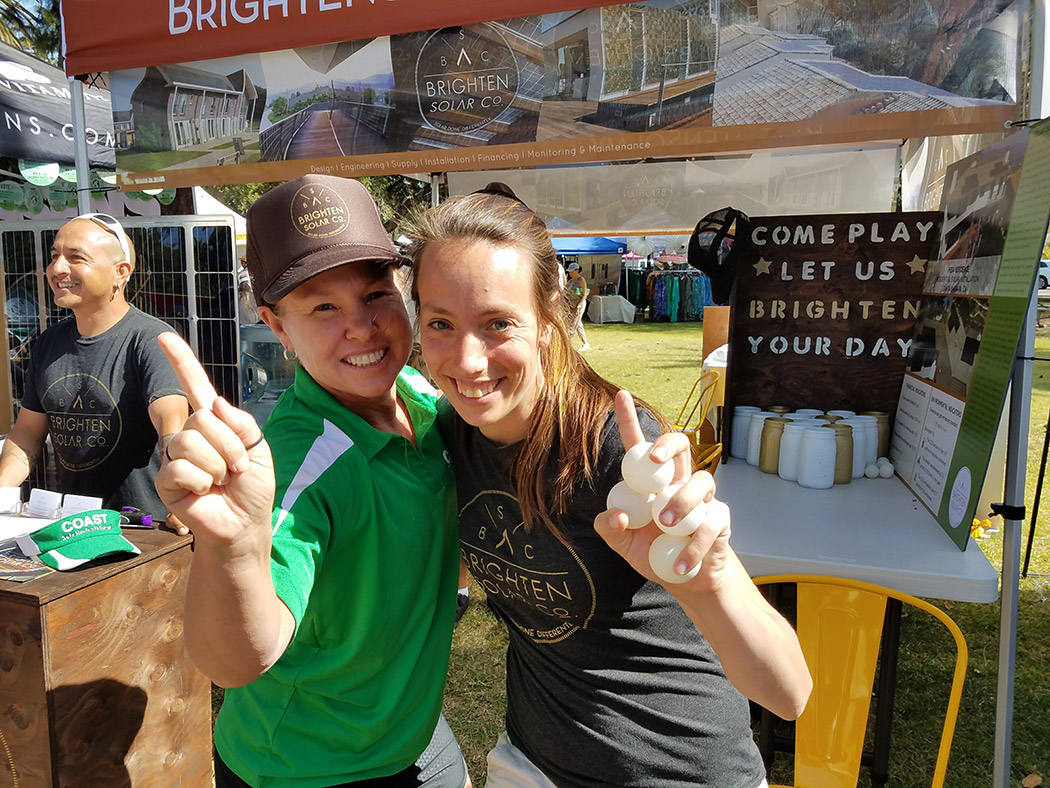 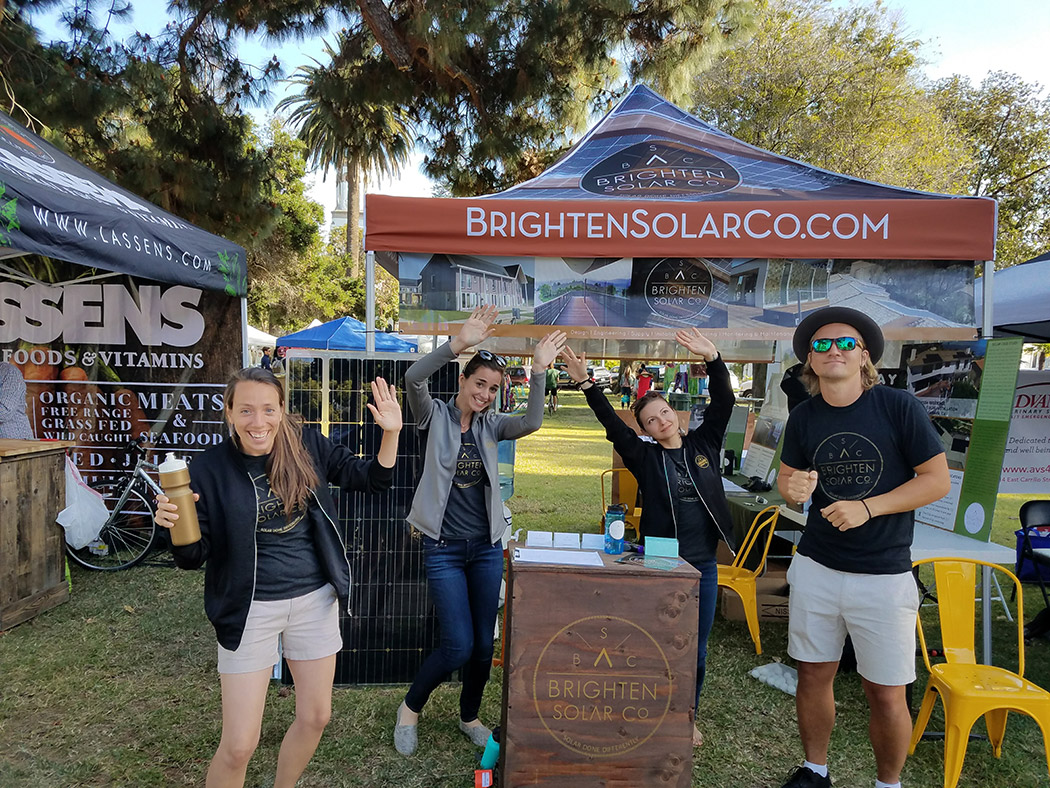