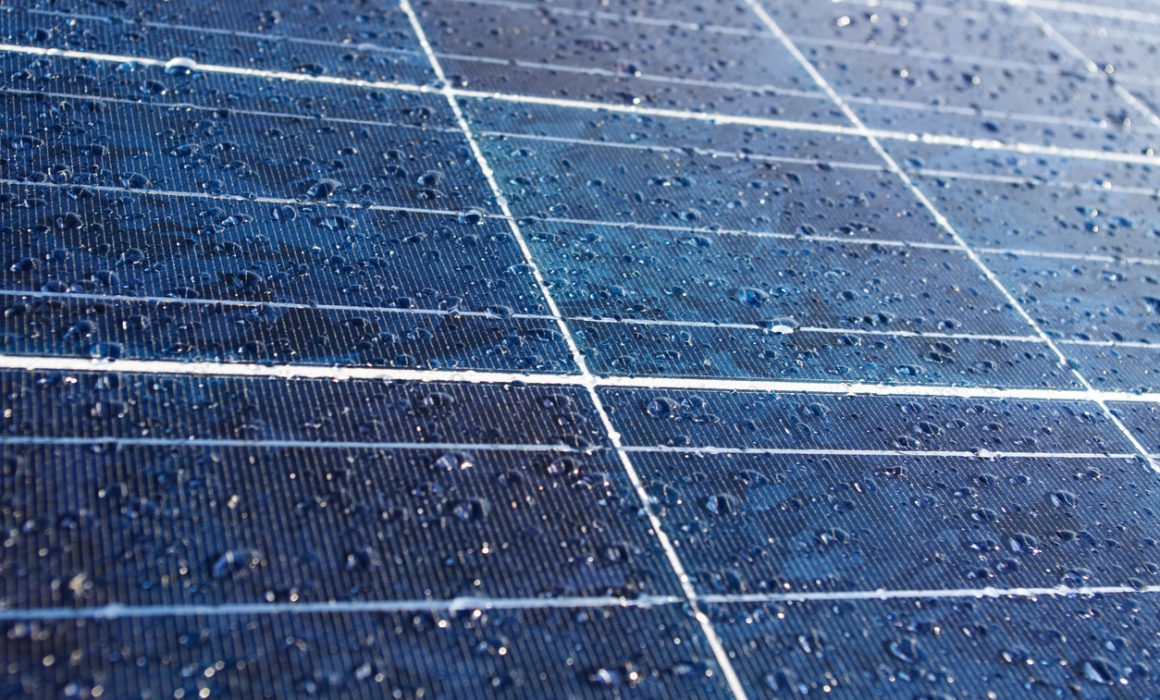 Solar panels have continued to change and revolutionize the way people bring energy into their homes, businesses, and life in general. However, there has always been one concern with the new technology and that is: panels cannot output optimal power without ideal weather conditions (Science News Journal). Solar panels can continue to work in clouded or rainy weather, but the energy produced is minimal.  Scientists and engineers have been able to make the use in sub-optimal condition better, but nothing has compared to what Chinese Scientists in Oingdao have developed this year.

The scientists in China have discovered by adding a thin layer of graphene to the solar panels it can generate power using the salt water found in rain. Graphene was discovered in 2004 and has been a hot topic in the science world for its many remarkable qualities including high thermal and electrical conductivity. How does it work? An article from Geek Science News explains in relatively simple terms: “When raindrops land on the solar panels, they form a layer of positive ions. This comes from the small amount of salt present in the water. Graphene has a wealth of “delocalized” electrons that can move around freely across the surface. The positive charge of the water and negative charge of the graphene result in an electric potential, and the separation in these two layers created voltage. It’s basically a battery.”

The science community makes note that it will take time to refine the system and, at this time, the graphene layer produces minimal energy from the rain drops. It has only been tested in a research facility using water with high salt content and from this test the new technology created the energy comparable to a AA battery. The scientists remain extremely optimistic as this is only the beginning of the study and in time believe solar panels will be able to gather energy even when the sun isn’t shining. At that point they might have to rethink the name “solar panel”!

It is advancements like these that show the importance of the future in solar related technology and Brighten Solar Co. is excited to continue to bring the latest news and products in the industry to the California Central Coast!!

A Push for Solar Among the World’s Most Influential CompaniesWhat really happened in the WTO’s ruling “against” India’s Solar Program?

Batteries: Why Does Cobalt Matter?