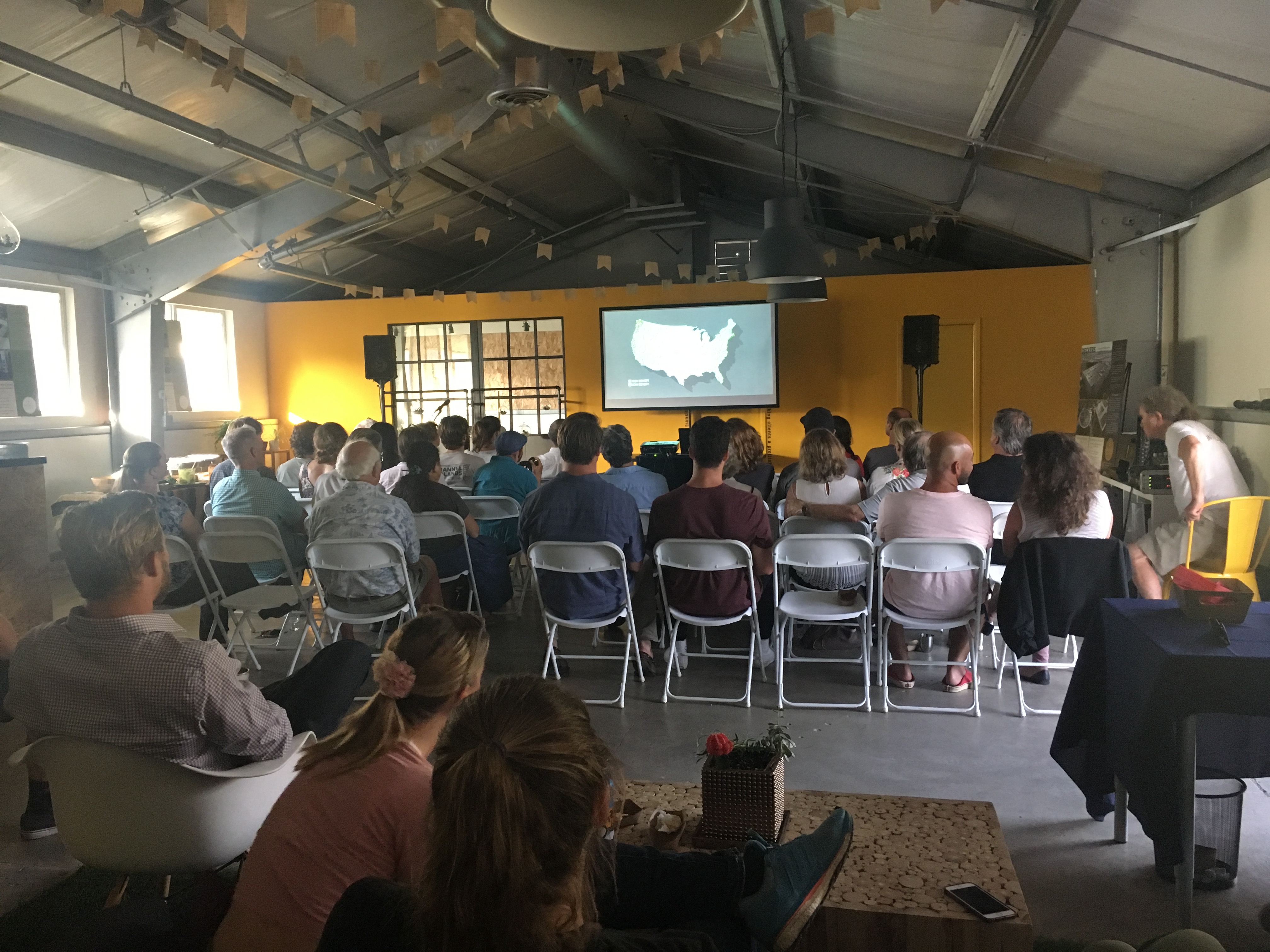 On Tuesday, Brighten Solar Co. was thrilled to host a film screening of the Sierra Club’s new documentary, Reinventing Power: America’s Renewable Energy Boom. The screening was held to support the Los Padres Chapter of the Sierra Club, which covers the groups in Santa Barbara and Ventura counties. The Sierra Club has been working to advance renewables with their #BeyondCoal and #Readyfor100 campaigns, as well as fighting to protect important environmental regulations.

Members of our community joined us for some food and drink while learning about the economic opportunities that are rapidly growing in the renewable energy sector. The film featured former coal miners who have gone from mines to rooftops, farmers who raise crops while “farming wind,” and laid-off workers from America’s automotive industry finding new career paths in green energy. If you missed out on the screening, we have three fun facts about renewable energy jobs to share:

After the film we discussed its message and its relevance to our local communities, particularly due to an upcoming Santa Barbara City Council vote on Community Choice Energy.

What is Community Choice Energy?

Community Choice Energy (CCE), sometimes also called Community Choice Aggregation (CCA), is a way for local decision makers to use the collective buying power of the community to find alternative sources for electricity production than those of the investor-owned utilities, like SCE or PG&E. More information about the Central Coast CCE can be found at centralcoastpower.org.

Who’s In Charge of Running the Program?

CCEs are run by a non-profit agency that is accountable to the community it serves. Any revenue beyond what is needed for acquiring the electricity supply is invested into energy projects for renewables, efficiency, or other related projects.

CCEs have proven successful where they have been implemented. They have been able to provide electricity at a cheaper or competitive rate to utilities and able to achieve higher amounts of renewable electricity. 81 cities and counties currently participate in 9 California CCE programs, including San Fransisco, Sonoma, and Silicon Valley.The County of Santa Barbara has recently completed a comprehensive study that shows a CCE would be feasible for our area.

How Can I Get Involved?

There are many ways to get involved in a local transition to renewable energy. Santa Barbara City, County, and City of Goleta councils will be holding a hearing on Tuesday, July 17th to move this project forward.